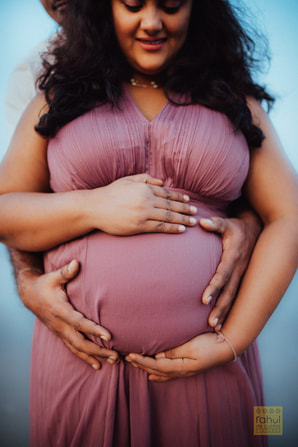 "The early stage of labor with my second child was very slow and irregular. My midwife suggested the Miles Circuit, because she could feel that my son was not in the optimal position for birth. After just two or three repetitions, I was in active labor. I had a healthy labor with no interventions. After just twenty minutes of pushing with no tears, my son was born - in the perfect position!"
~Expecting Mother in Louisville, KY


"I have had two previous vaginal births and started getting nervous when at 25 weeks my third baby was frank breech after transverse. My second had been breech too and Pelvic Tilits got him to flip in 2 weeks. I tired that with no luck so I added Forward Leaning Inversions. She was still breech a couple weeks later and stayed that way. Around 34 weeks my doctors started talking c section and I started to panic! I went onto my baby center birth board and asked for suggestions since I had been trying everything I knew (cold packs, light, music and all of what I said above). Somebody suggested that I look up the "Miles Circuit" so I thought, "Hey, might as well!". I looked it up and bookmarked it on my phone to try later at night when my kids were in bed. After the second or third day I started feeling a weird pressure in my pelvis but I still had a hard lump where her head was in my ribs so I assumed she just dropped while breech. At 35 weeks and 6 days I went for a ultrasound to check position and set up an External Version and she was head down!!!
I have been doing the last two steps still to try and keep her head down and start to drop a little. I'm so happy this worked! I really wasn't sure it would since my last baby flipped so fast after just doing one thing. I thought maybe she was stuck breech.
Thank you so much for your website! I don't think she would have turned with out it and I was terrified of being forced into a c section."
~ Expecting Mother in Michigan, USA


"I went into early labor just shy of 37 weeks. my little guy would give me contractions every 2-3 minutes for hours.The nurses suggested i walk around as much as possible to see if i would progress. I never did and was send home. This happened 3 times in the upcoming weeks and at my 39 week appointment my midwife did a membrane sweep to help move me along. At that point i was 4 cm dilated with no progression since the last time i was at the hospital. She did inform me that my little guy had turned sunny side up and to try and get on my hands and knees as much as possible. Non of this worked and after 3 weeks of being in and out of early labor i was exhausted. I finally reached out to my midwife to give me any advice i could get to help him turn and get my labor progressing. She recommended to me the Miles Circuit and we tried it. We did two sessions and the contractions began, and didn't stop! i was so happy to finally be into an active stage in labor! We had our son the next day and it was all because of the Miles Circuit! It helped out little one reposition and turn into an optimal position for birth! I recommend it to all my pregnant friends to help get baby and mom ready for labor!"
-Mom in Myrtle Beach, USA


"When I went into labor at 130 am at 40 weeks 6 days pregnant, I decided to try and sleep through it since I had had many early morning false labors. After two hours, it was still there so I got up and tried different positions to see if it would change. It didn't. After five hours of contractions 7 minutes apart, I started to fall asleep between contractions. I decided to take a nap to gain more energy since I was sure I was still pretty early in the game. I took a three hour nap and woke up to have lunch. Contractions had slowed down considerably during the nap but after, were all over the place. Ten minutes here, four there, twenty five minutes then three. You get the picture. I looked up the Miles Circuit and did exactly what it told me to do. I set my timer for 30 minutes and fell asleep in the first two positions. I hula hooped for the last and within 15 minutes, my contractions were exactly five minutes apart. Long story (5 hours later) short, baby was in my arms after a 17 hour all natural labor =) I now tell everyone to try this if their labor stalls or becomes irregular like mine!"
- Mom in Northern Idaho


"Here is the timeline of events that led up to the birth of my second child.
1/4: Membrane Sweep done by my OB at 39+2 weeks
1/5: contractions begin around 2 am. I worked a half day (7-1:30) and then left because my contractions were picking up. By 5 pm they stalled and were 10-12 minutes apart. This continued throughout the night and into the next day.
1/6: prodromal labor continues. my doula suggested the Miles Circuit. I started it around 11:30 AM and finished by 1:00 pm. It was weirdly uncomfortable, yet relieving at the same time. I went and took a long nap and my contractions began picking up.
4pm: contractions 6 min apart
5pm: contractions 4 min apart
6 pm: contractions 3 min apart (and now we’re racing to the hospital, haha)
7 pm: I admitted at 4cm dilation and 90%effaced
8:30 pm: 8.5 cm dilated with anterior lip
9:45pm: I go to the bathroom and my water breaks on the toilet, I hurry back to the bed and begin pushing. Doctor is running in gowning and gloving.
10pm: Quinn was born completely unmedicated!

I give full credit to the miles circuit helping baby into just the right position to kick off my active labor!

I had PROM at 40+2 for my first and ended up with pitocin and an epidural because the pit contractions were so painful and I was exhausted. So, this labor and deliver(while very long), was the most wonderful experience I could have asked for. I definitely will be using the circuit again for the next baby!"
​- Mom in Thibodaux, Louisiana


"After 2 days of false labor and irregular contractions, I decided to give the Miles Circuit a try to reposition baby. Immediately the contractions became more regular and much more intense. I finished up the 90 minutes around 7:30 pm and baby came very quickly and easily at 1:30 am. He was born at 10 lb with no tearing for mom at all because he was in such a good position. This method works!"
-Mom in Charlotte, NC


"After a history of 2 labors that would start and stop for prolonged periods of time and being extremely erratic all the way until transition, I was wary of experiencing the same with my third child. At 41 weeks and 1 day, I began having very strong contractions about 5 minutes apart at around noon (after my midwife stripped by membranes), only to have contractions become less intense and erratic around 2 pm (2-25 minutes apart). My midwife suggested trying the Miles Circuit to encourage contractions to become regular and active. She suggested trying 10 minutes of each step to start out.

I quickly read through your website and followed your preparation instructions, and began around 4 pm. My contractions became active, strong, regular, and continually progressed. After 1 full abbreviated round of the Miles Circuit, my labor was textbook and straightforward, nothing like the erratic labors I had before, and the pain became significantly more manageable. We were at the hospital by 6:30 pm, and my beautiful daughter arrived at 9:02 pm. About 5 1/2 hours of active labor kicked off by the Miles Circuit, and the most beautiful and peaceful birth experience."
-Mom in Richmond, VA


"My first birth at 42 weeks, stalled labor after 29 hours, and ended in a csection. I was devastated.
Determined to have a different experience with my second, I started to get antsy when my due date came and went with no signs of labor.
Friday night I decided to sleep on the couch and looked into the Miles Circuit -- it couldn't hurt, right? That was around 10pm. Around 11pm I texted my family saying I felt crampy, but was sure it wasn't labor.
I was able to sleep through the mild cramping and woke up at 5am with contractions; baby was born naturally by 9:30am with only an hour of pushing!!
I completely believe the Miles Circuit was the little tweak my girl needed to get labor going, and delivery was a dream!"
-Mom in Colorado


"My midwife told me my baby was sunny side up. I wasn’t surprised because his position felt so different from my first baby. Even my belly looked sort of lopsided. She told me to try the Miles Curcuit. The first day nothing happened. The second day I did it my belly felt different. I woke up the next morning and my whole belly looked and felt more aligned. My midwife confirmed the baby had turned. Praise God! Had a smooth and fast natural labor a few days later. Thank you so much for sharing this circuit!"
- Mom in North Carolina


"I was due with my 3 living child and first daughter in the 4th of May. I kept having Prodromal Labor every few days and it was becoming difficult to care for my kids and deal with these painful, unproductive contractions.
We started with getting Chiropractic care and the Webster Technique which helped back pain.
After it didn't stop the prodromal labor, I wasn't feeling pressure I usually feel on my cervix by this point--we saw at a late positional ultrasound she was LMA, my Midwife and Doula suggested we contact a friend of theirs who knew how to do the Miles Circuit to get her in a better position. The Doula that helped me with the Miles Circuit said it could stop my prodromal labor and get baby girl into a better position for labor.
They came over with a Rebozo cloth and spent the early evening doing the exercises. Immediately afterwards, I felt her head drop and got immediate pressure like I was used to. She ended up in LOT position we believe and ready to go.
About a week later, still feeling pressure but prodromal labor had stopped! My midwives came and stripped my membranes and by early evening I was in labor and 11:35 pm that night, I had my baby girl after 5 hrs or labor and 15-20 min of pushing!!!
I will definitely suggest and use the Miles Circuit with this next baby due in December if baby isn't in the ideal position! I also plan to use Cat/Cow position early to assure good positions early!
Thank you for discovering this, I wish I had known of it sooner with my first, as I had horrible prodromal labor with him as well!
Keep doing what you are doing! Us ladies thank you for your caring, compassionate help!"
-Mom in Tennessee